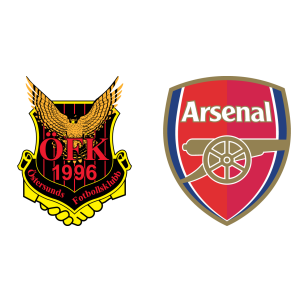 Oestersunds FK vs Arsenal – Oestersunds FK hosts Arsenal at the Jamtkraft Arena on 15th February, Thursday in the first leg of their UEFA Europa League Round of 32 fixture.

The Swedish club has had a meteoric rise through the ranks over the last few years and it is a historic fixture for the club considered to be minnows in the competition. They have defeated the likes of Hertha Berlin and drawn with Athletic Bilbao to set up a meeting with Arsenal.

The English club are having yet another mediocre season on the domestic front, with winning the UEFA Europa League being their most realistic chance of qualifying for UEFA Champions League.

Johan Bertilsson, Smajl Suljevic and Hosam Aiesh are injured for the home side while Arsenal will be without the ineligible Pierre-Emerick Aubameyang and the injured Santi Cazorla and Alexandre Lacazette, leaving Danny Welbeck as the only recognized striker.

“In some ways, I know where you are coming from in terms of the small team against the big team, absolutely. Normally in the third round of the FA Cup you have not beaten Galatasaray or PAOK or Hertha Berlin. But in terms of the size of the two teams, absolutely. We are obviously all excited about the game and the visit of Arsenal, a Champions League club.”

According to Oestersunds FK vs Arsenal H2H Stats, these two clubs have never faced each other in a competitive fixture before. A 1-0 win for Arsenal is the most probable result.