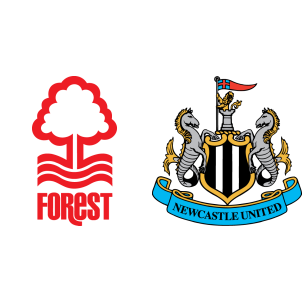 Nottingham Forest vs Newcastle United  is the only English Championship match for Friday night.

Nottingham Forest are in high morale coming into this match after defeating Barnsley 5-2 in previous league match. Forest are undefeated in their last 3 matches- secured back to back wins and a draw, ended their losing run of three previous matches. Seven points from maximum nine points offered have lifted them up to 17th in league standings, four points above the relegation zone. Forest have netted an impressive 32 goals so far but they have also conceded the same number and are vulnerable at the back.

The Tricky Trees are once again without Captain Chris Cohen, Hildeberto Pereira, Daniel Pinillos and Armand Traore this weekend.

With a dream of advancing to Semi-Finals of EFL Cup already over after losing a penalty shootout against Hull City, Newcastle United intentions are now back on promotion challenge in the Championship. The Magpies have stuttered slightly of late after their nine match winning streak was ended by lowly Blackburn last weekend. They are on top of the Championship league table having secured forty points from 18 matches so far, two points above second place Brighton & Hove Albion.

Newcastle rested six players for their last Saturday’s shock 1-0 reverse to Blackburn at St James’ Park, and all of them expected to play in this match.

Nottingham Forest have claimed only one win in their 11 previous meetings against Newcastle, but managed to keep clean sheets in three of their last five encounters.

Newcastle United have won their last four away matches and are undefeated in their last eleven matches on the road.

Newcastle United have scored in each of their last 8 away matches in league.

Nottingham Forest need a win to move further from relegation zone. Newcastle need to get back to winning track after two consecutive defeats, and stretch their lead to five points. I’m quite sure Forest will score in this match but still the victory is on Newcastle side.

I’ll back on Newcastle to Win and BTTS