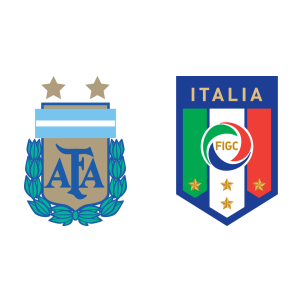 Italy vs Argentina – Argentina play Italy at the Etihad, Manchester in an international friendly on 23rd March, Friday as preparation for their upcoming 2018 FIFA World Cup campaign.

Italy failed to qualify for the 2018 FIFA World Cup following their defeat in the knock-out rounds of the World Cup qualifiers while Argentina have been drawn into Group D alongside Croatia, Iceland and Nigeria.

Although winnable, Argentina must play well to navigate successfully in what many believe is a tricky group for Lionel Messi and co. Italy, on the other hand, are looking to rebuild their national team structure from the scratch.

Giorgio Chiellini is injured for Italy while Argentina will be without the injured Eduardo Salvio. Marcos Rojo and Sergio Aguero are carrying knocks and unlikely to be risked tomorrow.

Gianluigi Buffon, who had retired post-Italy’s failure to qualify for the World Cup has reversed his decision for the time being and is expected to lead his team out tomorrow.

According to Italy vs Argentina H2H Stats, the last five matches between these two nations have resulted in two wins for Argentina, two draws and one win for Italy. Luigi di Biagio is the interim manager for Italy, who are going through a crisis in their football administration, but his opposite number tomorrow, Jorge Sampaoli has a point to prove as well for Sampaoli has won only four of his eight games in charge for Argentina.

It should be a closely contested affair but a 2-1 win for Argentina is the most probable outcome of this game.