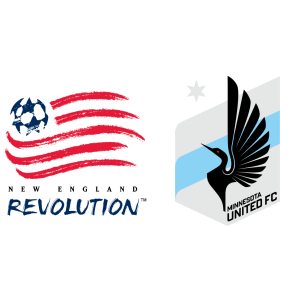 Both clubs are at the bottom of the league standings in their respective conferences – New England Revolutions are eleventh in the Eastern Conference having lost both their games so far. They were beaten 2-1 by FC Dallas in their previous game after they opened the season with a 1-0 loss at Colorado Rapids.

Minnesota United have one point to their name, having played three games so far (two losses and a draw), and boast of the worst goal difference in the league so far. While their defence was abysmal in the 5-1 loss to Portland Timbers and the 6-1 defeat at the hands of Atlanta United, the 2-2 draw against Colorado Rapids provided the Minnesotans with some much-needed respite.

Brad Knighton is sidelined through an injury while Lee Nguyen is listed as a doubt. The visitors will be without John Alvbage who is injured and Rasmus Schuller, Kevin Molino, Francisco Calvo and Kevin Venegas are on international duty.

According to New England Revolutions vs Minnesota United H2H Stats, these two clubs have never played each other before.

It should be a closely contested affair but New England Revolutions are likely to win 2-1 tonight.