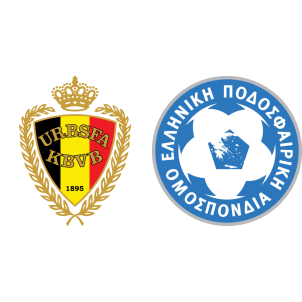 This will be a clash between Belgium and Greece in 2018 FIFA World cup Qualifiers – Europe Group H qualifying. With the home team leading in group H, only a careless loss will make them relinquish the top position to the Greek side.

Home wins have always played a major role in Belgian National Team Qualifier in the past years. Their recent wins in the opening rounds of the 2018 Europe WC Qualification has proved their readiness and resilience. After hammering bosnia-herzogovinia and Estonia scoring at least 4 goals each. But with the absence of Chelsea’s Eden Hazard it might be quite challenging.

With the exceptional performances of the likes of Romelu Lukaku, Christian Benteke, Dries Mertens, etc. The host team are on the verge of sealing their place in  the top of Group H if they come out with a win as expected.

After a disappointing performance from the Greek side in the Euro 2016 Qualifiers that saw them at the far bottom of their group, and as a result of that, losing out in a major international tournament for the first time since 2006. Recent events have proven that the Greeks have risen above all adversities. With 10 points from their last four games, putting them 2 point behind Europe WC Qualification group H toppers-Belgium, we can say for sure it’s quite a recovery.

The Greeks have, in their last 7 games, won 5, draw 1 and lost 1. Their confidence is sky high and a miraculous win will see them at the top of group H.

Belgium vs. Greece: Head to head

Like we mentioned earlier, the outcome of this game will determine who will be on top of the Europe WC Qualification group H. With 2 point behind, the Greek side can only hope to get through with a miraculous win.

The Belgium side is the favorite for this clash, with an average of 4 goals per game and Lukaku scoring 5 goals so far. They will have the most attacking play in this game and they will win it with ease. At the same time I don’t see Greece going down without a fight. Having garnered a quite an inexplicable performance in this qualifier so far and seeing them in second position, they can only try their best.