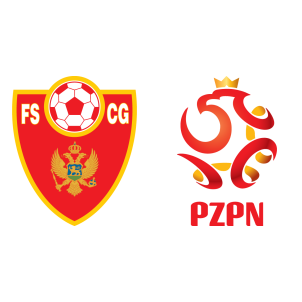 Both these nations are top of the Group E points table – Poland with ten points and Montenegro with seven points after four games each. Poland started the qualifying campaign with a hard-fought 2-2 draw at Kazakhstan but have since picked up impressive victories against Denmark, Armenia, and Romania.

Montenegro were victorious by a 5-0 scoreline in their only home game against Kazakhstan, but their away form has been pretty variable – while they suffered a 3-2 loss against Armenia, they drew 1-1 at Romania and picked up a 1-0 win over Denmark in a closely contested game.

Stevan Jovetic is Montenegro’s primary injury concern and will face a late fitness test. Marko Basa and Zarko Tomasevic have already been ruled out of the tie. Poland will be without the injured Grzegorz Krychowiak.

According to Montenegro vs Poland H2H Stats, the last two matches between these two nations ended in draws. Both the games happened during 2014 FIFA World Cup qualifying campaign with the game in Poland ending in a 1-1 stalemate followed by a 2-2 draw at Montenegro.

Robert Lewandowski has scored in his previous nine European qualifiers and will be Poland’s primary attacking threat tonight. Although the Polish defense has been surprisingly porous in the previous four qualifying games, the visitors are the favorites.

Montenegro will do well to hold back Poland for a 2-1 win for the visitors is the most likely outcome in this match.