Napoli vs Sassuolo – Serie A – Preview 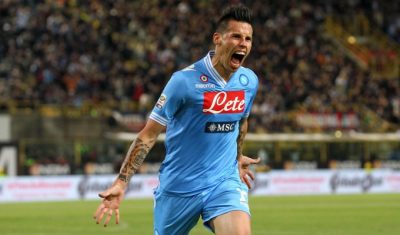 Napoli vs Sassuolo – Napoli hosts Sassuolo at the Stadio San Paolo on 28th November, Monday in a Serie A fixture easily winnable for the Naples-based club. Napoli are seventh in league standings with twenty four points from seven wins while Sassuolo are sixteenth with just thirteen points and four wins in the league so far.

Napoli have had a relatively difficult start to their domestic campaign as they have failed to hit a stride of winning matches, but they did manage to secure an important away win against Udinese in their last game after two difficult fixtures against Juventus and Lazio, when they earned only one point from two games.

Sassuolo have lost their last four Serie A matches on the trot, shipping in eleven goals and would need a miraculous recovery from their defensive line to secure a positive result at San Paolo tonight.

Arkadiusj Milik is sidelined through an injury while Manolo Gabbiadini is doubtful. Sassuolo have a lengthy list of absentees with Domenico Berardi, Stefano Sensi, Lorenzo Pellegrini, Alfred Duncan and Davide Biondini injured.

According to Napoli vs Sassuolo H2H Stats, the last five matches between these two clubs have ended in four wins and only one loss for Napoli. In fact, Napoli are undefeated in twenty four of their last twenty five home matches in the Serie A.

There have been over 2.5 goals scored in six of Sassuolo’s last seven games and Napoli’s odds for a win tonight are excellent at the rate of 1.3. The home side are likely to win 2-0.