Internazionale vs Fiorentina – Serie A – Preview 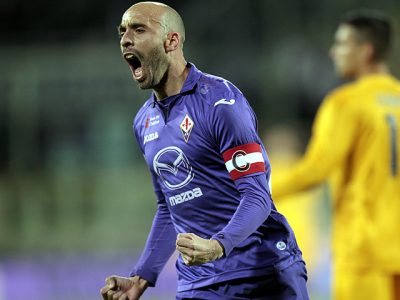 Internazionale vs Fiorentina – Internazionale host Fiorentina at San Siro in a crucial mid-table Serie A fixture. Both clubs have had difficult starts to their campaigns and are struggling to find a rich vein of form in a Serie A season when Juventus have already established a significant lead at the top of the table.

Fiorentina are eighth with twenty points while Internazionale are trailing by only two points but are thirteenth in league standings. Inter Milan played out a 2-2 draw against AC Milan in their last game while Fiorentina won 4-0 at Empoli.

Stefano Pioli halted the landslide at Internazionale when they managed to secure a draw in the Milan derby against a AC Milan side which is playing at a far superior level as compared to the Inter team. Pioli will now aim to orchestrate his first win in charge when Fiorentina come to town.

Gary Medel and Rodrigo Palacio are sidelined through injuries. Fiorentina do not have any injury concerns and a completely healthy squad to choose from.

“Since Inter changed coach, they’ve developed a new attribute – pressing high up the pitch. We have to be on top form.”

A 2-2 draw is the most likely outcome.