Genoa vs Juventus – Serie A – Preview 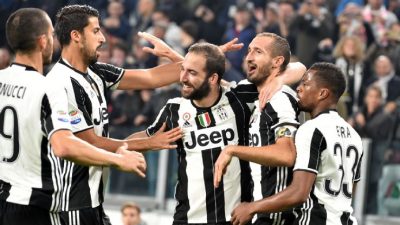 Genoa vs Juventus – Genoa host Juventus at Stadio Luigi Ferraris in a Serie A fixture on 27th November, Sunday as they aim to get past their poor run of form. Genoa are twelfth in Serie A standings with only sixteen points from twelve matches.

Genoa have only won once in their last three league games, losing three and drawing the rest. The Rossoblu have conceded ten goals in their last three matches and scored only twice – plagued by injuries and suspensions, they don’t seem to catch a lucky break whatsoever.

Juventus, the Serie A leaders with thirty three points, four points ahead of AC Milan who have already played this weekend’s fixture, are in a trailblazing form and will arrive at Genoa brimming with confidence.

Leonardo Pavoletti is injured for the home side while Miguel Velosa and Lucas Orban are suspended for this crucial tie. Juventus have travelled without Mario Lemina (who is ill), the injured Marko Pjaca and Andrea Barzagli. Paulo Dybala and Giorgio Chiellini are carrying minor knocks and are unlikely to be risked for what is considered an easy fixture for the Old Lady.

“Being seven points clear sounds like a lot, but it’s not. We have to stay totally focused. It would be irresponsible to fail to understand how fragile our lead is. We must keep our feet on the ground, when we’re not stepping on the gas, of course.”

According to Genoa vs Juventus H2H Stats, the last five matches between these two clubs have resulted in four wins and only one loss for Juventus. The loss came way back in 2014 when a stoppage-time winner at Luigi Ferraris handed Genoa the win in a game when their goalkeeper Mattia Perin was the star of the game.

A 2-0 win for Juventus is the most likely outcome.