Napoli vs AS Roma – Serie A – Preview 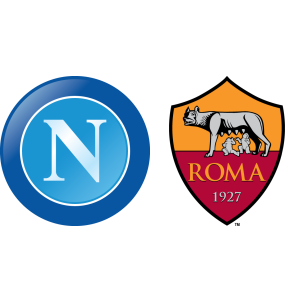 Napoli vs AS Roma – Napoli hosts AS Roma at the Stadio San Paolo on 3rd March, Saturday in a Serie A fixture crucial for both clubs.

Napoli sit atop the Serie A standings with sixty-six points, leading the second-placed Juventus by one point. The Serie A title battle is set to go down to the wire with both clubs having an equal chance to capture the Scudetto.

AS Roma, meanwhile, are challenging for UEFA Champions League qualification for next season as they are placed fifth with fifty points. The 2-0 loss at the hands of AC Milan hurt their ‘top four’ chances and the Rome-based club need an inspired performance tonight.

Faouzi Ghoulam and Vlad Chiriches still remain sidelined through injuries while Arkadiusj Milik is yet to regain match fitness. Rick Karsdorp and Lorenzo Pellegrini are the only injury concerns for the visitors.

According to Napoli vs AS Roma H2H Stats, the last five matches between these two clubs have resulted in two wins for either side and one draw. While AS Roma are undefeated in eighteen of their last nineteen away games in the Serie A, Napoli have won their previous ten league games on the trot.

There have been under 2.5 goals scored in Roma’s last seven away games in the Serie A. Also, Napoli have kept a clean sheet in six of their last eight matches in the Serie A, so it is likely to be a low-scoring affair.

A 1-0 win for Napoli is the most likely result of this game.