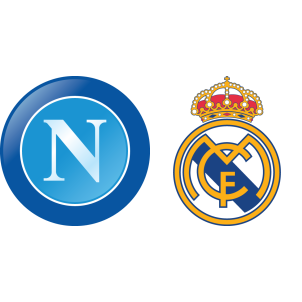 Napoli vs Real Madrid – Real Madrid travel to Stadio San Paolo to face Napoli in the second leg of their UEFA Champions League Round of 16 tie on 7th March, Tuesday.

Napoli finished as group leaders after facing the likes of Dynamo Kyiv, Benfica and Besiktas in the group stage while Borussia Dortmund’s excellent European form in the first half of the season meant Real Madrid were relegated to the second position in the group stage.

Napoli took an early lead in the first leg at Santiago Bernabeau last month but eventually lost 3-1 to Real Madrid.

Dries Mertens will face a late fitness test but is likely to feature having recovered from a minor knock. Cristiano Ronaldo is available after missing Real Madrid’s game against Eibar, as is Gareth Bale who was suspended for the La Liga game.

“We will try to give our all, we want to enjoy the challenge. We will do our best for the qualification. It will be a thrilling night, the San Paolo will boost us.”

“We have to go out and be focused on performing with real intensity and going all out for the 90 minutes. We’ll have to dig in and give every last ounce out there. We’ll also have to be very smart from a technical point of view.”

According to Napoli vs Real Madrid H2H Stats, Real Madrid have won the only meeting between these two clubs. Real Madrid are likely to win 2-1 tonight and progress to the quarter-finals.