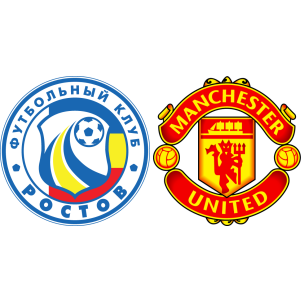 Manchester United overcame Saint Etienne in the Round of 32 by a combined scoreline of 4-0 over both legs while FC Rostov eliminated Sparta Praha with a 3-0 win at home followed by a 1-1 draw away.

Manchester United are still battling for a top four spot in the English Premier League but winning the Europa League would be an easier method for Jose Mourinho’s side to qualify for the UEFA Champions League next season.

Manchester United drew 1-1 against AFC Bournemouth in the weekend while FC Rostov are coming into this match on the back of a 6-0 win.

Soslan Dzhanaev and Dmitriy Poloz will face late fitness tests but the visitors are without the injured Bastian Schweinsteiger and the suspended Eric Bailly. Henrikh Mkhitaryan is listed as a doubt as well.

“It is a bad draw in every aspect. It is far, it is difficult and comes in a bad period for us. It is difficult because they are a very difficult team. They had a very good Champions League campaign.”

According to FC Rostov vs Manchester United H2H Stats, these two clubs have never faced each other before. Manchester United have won six of their seven previous UEFA Europa League matches, keeping a clean sheet in four of those games.

The Russian club had a strong season in the UEFA Champions League group stages but Manchester United are likely to win 2-1 tonight.