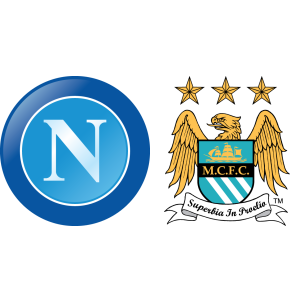 Manchester City are top of Group F with nine points while Napoli are third with just three points, having lost to both City and Shakhtar Donetsk.

City’s 2-1 win over Napoli, while emphatic and suggestive of Pep Guardiola’s side’s strength and depth in the ranks, also indicated that the Italian club will pose a tough challenge in a difficult away game.

Arkadiusj Milik is sidelined through an injury for the home side while Manchester City will be without Vincent Kompany and Benjamin Mendy.

“They have a devastating force of impact on matches and they have scored so many of their goals in the first 20 minutes. Their matches have all been over by the 70th minute. They deserve great credit for what they did in the first match, no-one has escaped our pressing like that.”

According to Napoli vs Manchester City H2H Stats, the last three meetings between these two sides have resulted in a win, draw and a loss for either club.

Pep Guardiola’s side will qualify for the knock-outs if they avoid a defeat tonight. Manchester City are the favorites and are likely to win 2-1 comfortably.