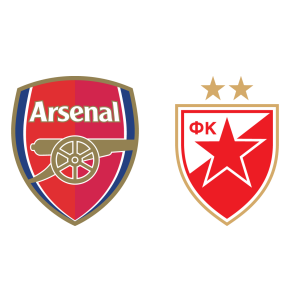 Arsenal are top of Group H in the UEFA Europa League with nine points after three matches and will ensure qualification to the knockouts if they avoid defeat tonight. FK Crvena Zvezda are third with four points.

The Serbian club managed a draw against BATE Borisov and pulled off a win against FC Cologne, even pushing the Gunners hard for their 1-0 win in the reverse fixture.

Shkodran Mustafi, Danny Welbeck, Sead Kolasinac, Santi Cazorla and Calum Chambers miss out for Arsenal due to injuries. The visitors will be without the suspended Milan Rodic and the injured Branko Jovicic and Ricardo Cavalcante.

“I personally believe my biggest pleasant experience is how focused the whole squad is in every single game. That is the first time in my life that I see that, how united and focused the entire squad is. The key to that is the fact that there is a good understanding in the squad.”

According to Arsenal vs FK Crvena Zvezda H2H Stats, Arsenal won the only previous encounter between these two clubs, which happened earlier this season. Arsenal have won seven of their last eight matches in the UEFA Europa League.

There have been under 2.5 goals scored in FK Crvena Zvezda’s last three games in the UEFA Europa League and a 1-0 win for Arsenal is the most probable result tonight.