Napoli vs Fiorentina – Serie A – Preview 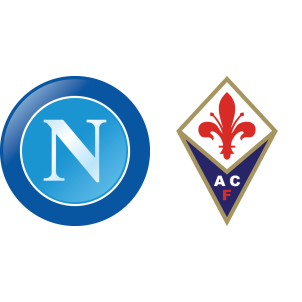 Napoli vs Fiorentina – Napoli hosts Fiorentina at the Stadio San Paolo on 20th May, Saturday in their penultimate Serie A fixture of the season.

Napoli are third in the Serie A standings with eighty points while Fiorentina are seventh with fifty-nine points. With just two games to play, Napoli have already qualified for next season’s UEFA Champions League and Fiorentina cannot move up the standings any further, so this is a straight-forward tie for both clubs.

Both clubs are coming off wins in their respective previous league fixtures – Napoli won 5-0 against Torino and Fiorentina won 3-2 against Lazio.

Napoli do not have any injury or suspension concerns but Fiorentina will be without the suspended Davide Astori and Borja Valero.

“We want to win them all, we won’t give up until the last minute of the last round. We have to keep going on this way because we want to win the second place and to do it we need to score next 6 points, then we’ll check out Roma’s results. We believe in it, we are in a great condition and we’ll do our utmost to achieve our goal.”

According to Napoli vs Fiorentina H2H Stats,