A Much Needed Win For Liverpool 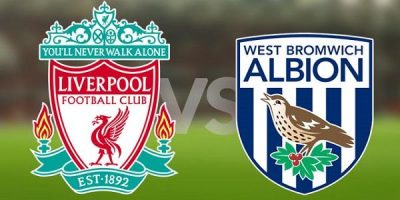 Liverpool will travel to West Brom on Sunday for what seem to be their hardest remaining fixture. Given their tendency to overturn events, it most certainly won’t be an easy feat. Tony Pulis will see to that.
West Brom. is likely finish in the top 10 in the next few weeks. And Tony Pulis has an outstanding record against Liverpool. This is because he’s never lost on home soil against them.

The Reds got their first league success at Stoke once in a 5-3 win in January 2014. Another awkward-looking test awaits this weekend to tackle Tony Pulis team.

Roberto Firmino‘s late winner in last weekend’s 2-1 victory at Stoke City was a wonderful moment. This is Because it ensured Jurgen Klopp‘s side remain in a healthy position in third place.

With several key faces still missing due to injuries, the Reds may have to depend on fringe players to do the business. At this very critical point in the season, winning is all that really matters.

The West Brom manager has his side typically well-drilled and dangerous from set-pieces, and three more points for Liverpool would be huge against a team who recently handing out a beating to Arsenal.

We do not expect this to be a typical free-flowing football to be on show, but a Similar Performance to that of last week against Stoke would be perfect result.

With Manchester United taking on Chelsea straight after the game on Sunday, and Arsenal visiting Middleborough on Monday night, the pressure is sky High.