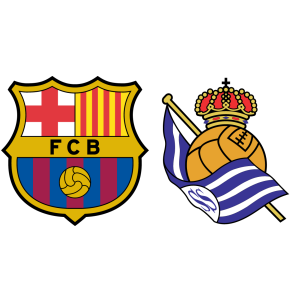 Barcelona are second in the La Liga standings with sixty nine points, trailing league leaders Real Madrid by three points, having played a game greater than their arch rivals. Barcelona lost 2-0 to Malaga in their last league game before losing to Juventus 3-0 in the midweek.

Barcelona need to preserve a strong eleven for the second leg of their UEFA Champions League quarter-final tie to be held next Wednesday and is plagued by a few injuries and suspensions.

Real Sociedad are seventh with fifty-two points and won 3-1 against Sporting Gijon after a four-game winless streak.

Neymar is suspended while Aleix Vidal, Rafinha and Arda Turan are sidelined through injuries. The visitors will be without the suspended Juanmi and the injured Carlos Martinez and Imanol Agirretxe.

“We will go up against one of the toughest opponents in the closing stages of the season for the way they attack and defend. They are a very tough side. We have trained well and I see my team as capable.

We will not give up, we have to fight for everything until the very end. We want to have a chance of winning the league, and that begins with a win against Real Sociedad.”

Barcelona are likely to win 3-1 tonight.