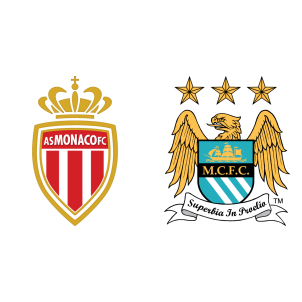 AS Monaco fell to a 5-3 defeat at the Etihad in the first leg after taking a two-goal lead, but have a realistic chance of progressing to the quarter-finals courtesy their superb form at home this season.

Manchester City, on the other hand, will look to join Leicester City as the second English club in the quarter-finals with Pep Guardiola prioritizing Europe’s premiere competition in light of City’s sketchy form in the domestic league.

Boschilia and Guido Carrillo are sidelined through injuries while Kamil Glik is suspended. The visitors will be without Gabriel Jesus and Ilkay Gundogan, both of whom are long-term injury concerns but Vincent Kompany is likely to feature.

“The best way [to defend] is score goals. When one team scores many goals and you think about just defending, you kill yourself. The idea is to try and attack. We scored five goals when it’s not easy to score against them. What you have to do is go to score goals.”

There have been over 2.5 goals scored in Monaco’s last four games in the UEFA Champions League. It should be a closely contested affair with AS Monaco winning the second leg by 2-1 being the most probable outcome, although Manchester City are the favorites to progress to the quarter-finals.