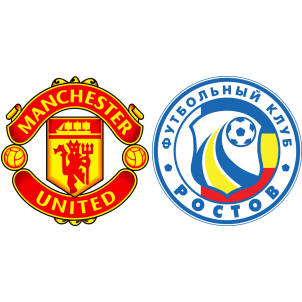 The first leg in Russia ended in a 1-1 draw last week following which Manchester United suffered a 1-0 defeat at the hands of Jose Mourinho’s former club Chelsea in the FA Cup quarter-finals on Monday.

Manchester United have been dealing with suspensions to Zlatan Ibrahimovic and Ander Herrera on the domestic front, but will be favorites against their lesser known opponents tonight.

With the Red Devils still placed sixth in the English Premier League standings, a UEFA Europa League victory is likely to be the easiest way to qualify for next season’s Champions League.

Anthony Martial and Wayne Rooney are sidelined through injuries while the visitors will be without the injured Vladimir Granat and the suspended Timofei Kalachev and Aleksandru Gatcan. Soslan Dzhanaev has been listed as a doubt as well.

“We’ve got to be prepared and ready to go again and get ourselves into the next round, which is what we set out to do and that’s what we want to do – go to the final and win the competition. As a club, we’ve never won this competition so we’re looking to make history.”

According to Manchester United vs FC Rostov H2H Stats, the only previous fixture between these two clubs ended in a draw. Rostov have not won in their past five European away fixtures. Manchester United are undefeated in their last 5 matches in the UEFA Europa League and are likely to win 2-1 tonight.