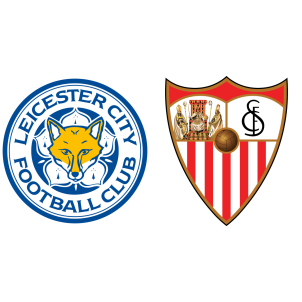 Leicester City vs Sevilla – Leicester City hosts Sevilla at the King Power Stadium on 14th March, Tuesday in the second leg of their Round of 16 UEFA Champions League tie as they strive to overcome the one-goal deficit from the first leg.

Sevilla had taken a two-goal lead at home, but Leicester City pegged back a crucial away goal although Claudio Ranieri was sacked soon after the game. With Leicester City struggling for survival in the English Premier League, this Champions League fixture is likely to be the last one at the King Power Stadium for a long time.

Nampalys Mendy is sidelined through an injury while Islam Slimani is listed as a doubt. Sevilla will be without the injured Benoit Tremoulinas and Michael Krohn-Dehli.

“It will be a special occasion at the King Power. The atmosphere will be electric. I’m expecting the team to take the momentum from the two results, to take the confidence they’ve gained from that and really play on the front foot.

That’s not saying we’ll be open as we know Seville have some very, very world-class players. But it makes for a very interesting game because of the away goal.”

According to Leicester City vs Sevilla H2H Stats, Sevilla have won the only previous meeting between these two clubs. There have been over 2.5 goals scored in Leicester’s last 3 games in the UEFA Champions League.