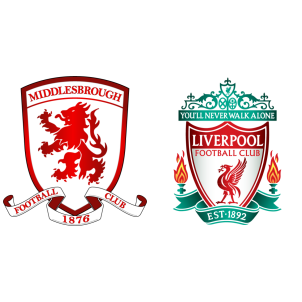 Middlesbrough vs Liverpool – Liverpool travel to Riverside Stadium to face Middlesbrough on 14th December, Wednesday for a crucial English Premier League fixture. Liverpool are third in league standings with thirty one points – as Arsenal lost to Everton last night, Jurgen Klopp’s side could move up to second position if they manage to secure a high-scoring victory tonight.

Ever since Philippe Coutinho’s injury, Liverpool have struggled to precisely put away their goalscoring chances, which has been combined with Loris Karius’ shaky goalkeeping and has compelled the Merseyside club to drop five points in their last two winnable fixtures. Liverpool drew 2-2 against West Ham at home in the weekend before uncharacteristically losing 4-3 to Bournemouth in their prior game.

Middlesbrough are sixteenth in league standings with fifteen points, just three points above the relegation zone – with just one win in their last five matches, Aitor Karanka’s side are unlikely to win tonight but can frustrate Liverpool should they choose to sit back and play their natural game.

Gaston Ramirez is injured for Middlesbrough while James Husband is yet to regain match fitness. Alvaro Negredo and George Freud have been listed as doubts. The visitors will be without Philippe Coutinho, Danny Ings and Marko Grujic all of whom are sidelined through injuries.

According to Middlesbrough vs Liverpool H2H Stats, the last five league matches between these two clubs have resulted in three wins and one loss for Liverpool. However, Middlesbrough are undefeated in their last seven home matches against Liverpool in all competitions.

There have been under 2.5 goals scored in eight of Middlesbrough’s previous nine Premier League games. Liverpool are likely to win by a 1-0 scoreline tonight.