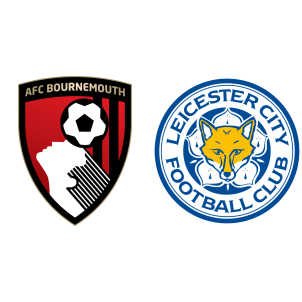 AFC Bournemouth vs Leicester City – Leicester City travel to Dean Court on 13th December, Tuesday to face AFC Bournemouth in a mid-table English Premier League fixture. The defending champions have struggled this season but pulled off a spectacular result against Manchester City last week when they defeated Pep Guardiola’s side 4-2.

Leicester City are fourteenth in the league standings with sixteen points, trailing AFC Bournemouth by two points and two places. Ahead of their win against Manchester City, Claudio Ranieri’s side were only one point over the relegation zone – Leicester would like to continue their resurgence against a Bournemouth side who have had an equally topsy-turvy season in top division.

Bournemouth lost 3-2 at Burnley last week after registering a massive upset with their 4-3 win over Liverpool in the preceding fixture.

Lewis Cook, Andrew Surman and Junior Stanislas are sidelined through injuries for the home side. Leicester City will be without the suspended Danny Simpson. Daniel Drinkwater and Kasper Schmeichel have been listed as doubts.

According to AFC Bournemouth vs Leicester City H2H Stats, the last four matches between these two clubs have resulted in two wins for Leicester and two draws.

While Bournemouth have conceded at least 3 goals in their last three Premier League matches, there have been over 2.5 goals scored in Leicester’s last five league games.

Leicester City have lost six of their previous seven away matches in the Premier League this season. Although it should be a closely contested affair, Leicester City are likely to win 3-2 tonight.