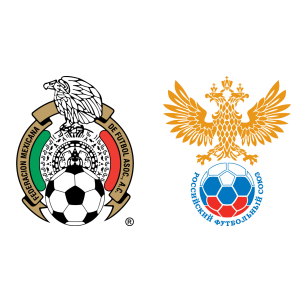 Mexico vs Russia – Mexico face Russia at the Kazan Arena on 24th June, Saturday in a Group A game of the Confederations Cup.

Mexico are still unbeaten with four points from their first two games – they followed up their 2-2 draw against Portugal with a 2-1 win over New Zealand while Russia fell to a 1-0 defeat at the hands of the 2016 UEFA Euro winners after opening the tournament with a 2-0 win over New Zealand.

With Portugal expected to easily defeat New Zealand in the other fixture tomorrow, a win could help either side to qualify for the semi-finals while a draw will help Mexico qualify. In the event of Portugal’s win or loss, more permutations & combinations could come into play.

Carlos Salcedo picked up an injury during Mexico’s match against New Zealand and is likely to be replaced by Nestor Araujo. Russia do not have any injury or suspension concerns.

“I honestly think that this is a perfect scenario for Mexican football. We play away from home against the host team with a lot of support from their fans and fighting for qualification.

We’ll need to control the game and to prove to ourselves that we can compete under such difficult circumstances. If we can do it, we’ll be taking a step forward. We want to show that we can do it against any opponent, regardless of its style.”

According to Mexico vs Russia H2H Stats, Russia have won both the previous two meetings between these two countries. It should be a closely contested affair with a 1-1 draw being the most likley result.