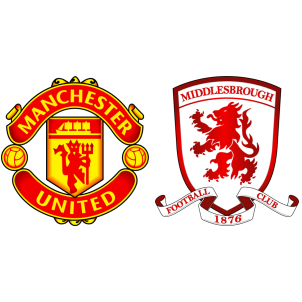 Manchester United have thirty three points after eighteen games and are sixth in league standings with four consecutive wins in their last four games. Middlesbrough, fifteenth in the league table with eighteen points lost their last game at Burnley.

In fact, Middlesbrough have won only two of their previous six league games, losing three and drawing one. Just four points above the relegation zone, Aitor Karanka’s side are in desperate need of points but will be the underdogs tomorrow.

Luke Shaw is yet to regain match fitness while Wayne Rooney and Eric Bailly are doubts for Manchester United. The visitors will be without the suspended Antonio Barragan and the unfit James Husband. Viktor Fischer has been listed as a doubt.

There have been under 2.5 goals scored in five of Middlesbrough’s last six away games, but Jose Mourinho’s side have scored at least two goals in their last three league fixtures. Zlatan Ibrahimovic’s excellent form and his understanding with Paul Pogba has been at the heart of Manchester United’s recent surge in form.