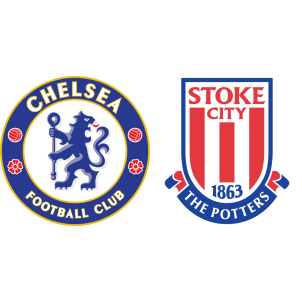 Chelsea vs Stoke City – Chelsea host Stoke City at the Stamford Bridge on 31st December, Saturday for an English Premier League fixture in the final game of the year.

Chelsea have had an eventful 2016 – while they begun the year in one of the worst possible conditions struggling to get going, this season Antonio Conte’s side have been a revelation. Chelsea are top of the league table with forty six points after eighteen matches and will head into the new year on the summit, irrespective of tomorrow’s result, as they lead their closest contenders – the second-placed Liverpool by six points.

With Liverpool playing Manchester City this gameweek, a win will help Chelsea open up an even bigger gap with either of the club. Manchester City are third in league table with thirty nine points.

Stoke City, thirteenth in the standings, have failed to win any of their previous four league games and ave twenty one points next to their name. They were defeated 4-1 by Liverpool in their last match.

John Terry is still recovering from his injury, as is Marco van Ginkel. Pedro picked up his fifth yellow of the season and will be suspended, but Diego Costa and N’Golo Kante return from suspension.

Stoke City will be without the suspended Marko Arnautovic and the injured Stephen Ireland, Phil Bardsley, Geoff Cameron and Jack Butland. Marc Muniesa has been listed as a doubt.

According to Chelsea vs Stoke City H2H Stats, the last five league matches between these two clubs have resulted in three wins for Chelsea and one win for Stoke City. In fact, Chelsea are undefeated in 18 of their last 20 matches against Stoke in all competitions.

Chelsea are likely to win 2-0 tomorrow.