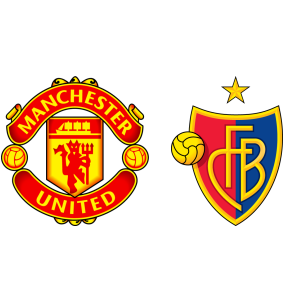 Manchester United are coming off a 2-2 draw at the Britannia Stadium against Stoke City this past Saturday while FC Basel were handed a 2-1 defeat at the hands of Lausanne-Sport.

Jose Mourinho’s side have strengthened all across the pitch this summer and are one of the contenders to make a deep run into Europe’s premier competition this season.

Manchester United will be without the suspended Phil Jones and Eric Bailly and the injured Marcos Rojo. The visitors do not have any injury or suspension concerns.

“I hope Rashford and Lukaku will continue to play well; the season has really only just started and we have many games until the end, so I am hopeful that they can continue to do well.

My team-mates have helped me to become a part of the team very quickly and I’ll work hard to help them too. We want to win titles this season and I’m happy that I’m part of this great club.”

According to Manchester United vs FC Basel H2H Stats, the four previous games between these two clubs resulted in two draws and one win for either club.

The last time these two clubs met was in the group stages of the 2011/12 UEFA Champions League when the English club was knocked down to the Europa League by the Swiss giants.

A 2-0 win for Manchester United is the most likely result.