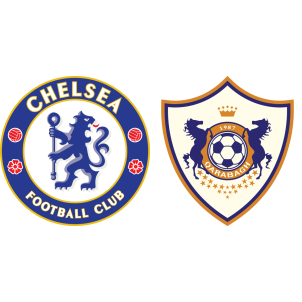 Chelsea vs Qarabag – Chelsea hosts Qarabag at Stamford Bridge on 12th September, Tuesday in Matchday 1 of the UEFA Champions League.

Chelsea are returning to the UEFA Champions League after a gap of one season and it is to be seen how Antonio Conte navigates the Blues side through a difficult fixture schedule, which began with a 2-1 win at Leicester City on Saturday and sees the English Premier League champions play seven games in the span of twenty-one days.

Qarabag are making their UEFA Champions League debut and the Azerbaijanese club would look to impress by putting a strong show. The Azerbaijan Premier League is yet to kick off for this season, so the visitors might be a little short of match practice.

Chelsea do not have any injury or suspension concerns but Qarabag will be without the injured midfielder Donald Guerrier.

“I think for us it is very important to follow a way. This way is to work. Despite our bad start against Burnley, a bit of difficulty, I think to win three in a row is important for the players. We are doing very well.

We are trying to involve new players with the older players and this is a process. We need time. In football, there is not a lot of time but we are working very hard.”

According to Chelsea vs Qarabag H2H Stats, these two clubs have never met each other in a competitive fixture before.

Chelsea head into this match on the back of three consecutive wins and will be the favorites to secure a 2-0 win over Qarabag on Tuesday.