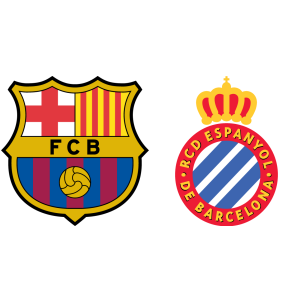 Barcelona vs Espanyol – Barcelona hosts Espanyol at the El Camp Nou on 9th September, Saturday as La Liga resumes after the international break.

Barcelona have two wins from their first two games, against Real Betis and Alaves, and now sit in the second position in league standings.

Espanyol have managed only one point so far, from their 1-1 draw at Sevilla in the opening weekend, following which they lost 1-0 to Leganes. Although it is early days in the La Liga, Espanyol would like to improve on their fourteenth standing in the league table.

Rafinha is injured while Ivan Rakitic is a doubt for the home side, while Espanyol are without the injured Oscar Duarte and Javi Lopez.

“It motivates us to play against Espanyol. They are a team that likes to play on the counter-attack. Our idea is to win and we have to be very concentrated. Saturday’s game is important and is our absolute priority.”

According to Barcelona vs Espanyol H2H Stats, the last five matches between these two clubs all resulted in wins for Barcelona. In fact, Barcelona are undefeated in 16 of their last 17 matches against Espanyol in all competitions.

Although Espanyol are undefeated in their last five away games in the league, Barcelona have won their last thirteen home matches in the La Liga, scoring at least twice in each of those games.

Barcelona are the clear favorites tonight and are likely to win 3-0 against the struggling Espanyol.