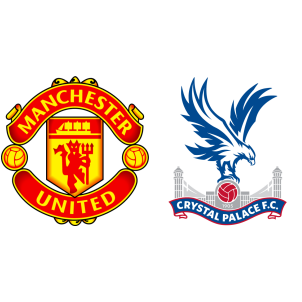 Manchester United are second in the league standings with sixteen points after six games, trailing arch-rivals Manchester City on goal difference only. The two Manchester clubs are the prime contenders for the Premiership this season and the battle is set to go down to the wire.

Crystal Palace, on the other hand, have made an abysmal start to their campaign, losing all their games so far and are placed at the bottom of the league table. They changed managers and Roy Hodgson was brought in to steady the ship, but it is likely that Palace will be embroiled in a relegation battle all through the season.

Paul Pogba, Marouane Fellaini, Zlatan Ibrahimovic, Marcos Rojo and Michael Carrick are sidelined through injuries while Anthony Martial will face a late fitness test. The visitors will be without the injured Connor Wickham, Wilfried Zaha, Christian Benteke and the ineligible Timothy-Fosu Mensah.

Manchester United are undefeated in their last twenty home matches and have kept a clean sheet in their previous four home games against Crystal Palace in all competitions.

Jose Mourinho’s side are the favorites and are likely to win 4-0 tomorrow.