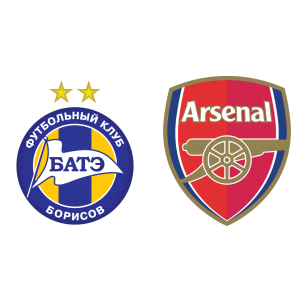 Arsenal have been drawn into Group H of the UEFA Europa League alongside BATE Borisov, FC Koln and Crvena Zvezda. The Gunners won 3-1 against Koln in their first game in an emotionally charged situation with fans of the Bundesliga club coming down to London in large numbers. BATE Borisov were held to a 1-1 draw in their first game.

Winning the UEFA Europa League is the Gunners’ realistic chance to qualify for the Champions League next season and Arsene Wenger is hopeful his side will win the relatively easy group they have been placed in.

BATE Borisov do not have any injury or suspension concerns but Arsenal will be without the injured Santi Cazorla, Francis Coquelin and Danny Welbeck. Mesut Ozil will face a late fitness test as well.

“We know [BATE’s strength], we watched them yesterday. They are a team with good quality, technically strong, so we will need a good performance to have a chance.”

According to BATE Borisov vs Arsenal H2H Stats, these two clubs have never faced each other before in a competitive fixture.

While BATE have failed to win 10 of their last 11 matches in the UEFA Europa League, Arsenal have won five of their previous six games in this competition.

There have been over 2.5 goals scored in 8 of Arsenal‘s last 10 games in the UEFA Europa League. It is a difficult away fixture for the English club, but Arsenal are likely to win 2-1.