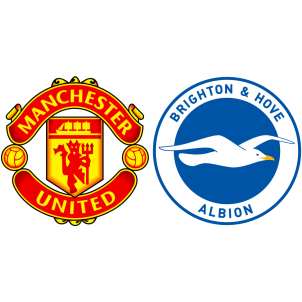 Manchester United are second in league standings with twenty-six points, trailing league leaders Manchester City by eight points. Manchester United have lost two of their previous four league fixtures, to Huddersfield and Chelsea and their 1-0 loss to FC Basel in midweek has raised questions about Jose Mourinho’s side in spite of their excellent start.

Brighton are placed ninth in the league standings with sixteen points and played out a 2-2 draw against Stoke City in their previous league match. Brighton have played three scoring draws in their last six league games and will prove to be a tricky opponent for Manchester United.

Phil Jones and Michael Carrick are sidelined through injuries for Manchester United while Brighton will be without Steve Sidwell.

Manchester United are undefeated in their last 23 home matches in the English Premier League. Jose Mourinho’s side have scored at least 2 goals in six of their last seven home matches, and will be eager to bounce back off their midweek loss with an emphatic performance in the weekend.

Although Brighton are unbeaten in their previous five league matches, Manchester United are the clear favorites in this game and are likely to win 2-1 tonight.