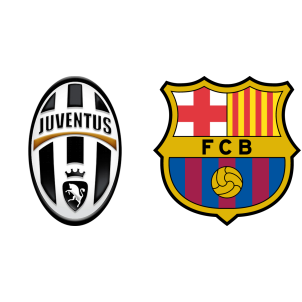 Barcelona are top of Group D with ten points while Juventus are a close second with seven points.

Both teams are expected to qualify for the knock-outs with tonight’s winner being the most probable to finish top of the group.

Stephan Lichsteiner and Marko Pjaca are ineligible while Benedikt Howedes and Mehdi Benatia are sidelined through injuries.

The visitors will be without the injured Rafinha, Ousmane Dembele, Sergi Roberto and Javier Mascherano.

“We expect the best version of Juventus. They are very strong at home, they are very good at attacking and they create a lot of chances.

We know that they need to win and we do too, we want to win of course. We expect a great game, a tough game, like they always are here. We are hungry to go out and play.”

According to Juventus vs Barcelona H2H Stats, the last five games between these two clubs resulted in two wins for Barcelona, one win for Juventus and two draws.

Although Juventus are undefeated in seventeen of their last nineteen games in the UEFA Champions League, Barcelona are unbeaten in all competitions this season.

Moreover, Juventus are coming off a 3-2 loss at the hands of Sampdoria this weekend while Barcelona will be more confident of their chances, especially with Luis Suarez back amongst goals.

It should be a closely contested affair, but Barcelona are likely to win 2-1 tonight.