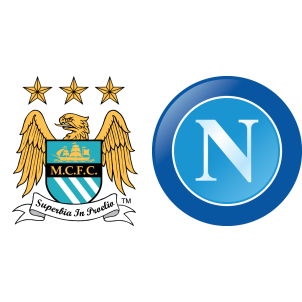 Manchester City sit atop the Group F standings with two wins from their first two games, while Napoli sit in the third position after suffering a shock 1-2 loss to Shakhtar Donetsk in their first game.

Pep Guardiola’s side are in the form of their life and arguably the best English side right now, dismantling teams with ease and putting up exhilarating performances, like their 7-2 win over Stoke City in the weekend.

Benjamin Mendy and Vincent Kompany are Manchester City’s only injury concerns while the visitors will be without the injured Arkadiusj Milik.

“I think they play a similar style to us in that they’re technical, play a lot of short, quick passes and have players in the middle who excel at that type of football. They have strikers who regularly score a lot of goals and they have huge quality.

For me, in European football, Napoli are one of the teams that are maybe the most underrated because they can beat anyone on their day. They are very dangerous and they could surprise a lot of people.”

According to Manchester City vs Napoli H2H Stats, the only two previous matches between these two clubs resulted in a win for Napoli and a draw.

Napoli are the only European side to have maintained a perfect league record so far and they will pose a tough challenge for Pep Guardiola’s side. Manchester City are likely to win 3-1 though.