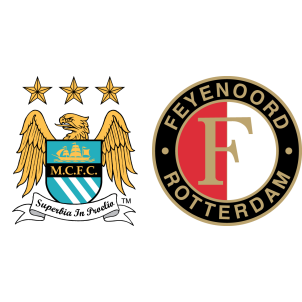 Manchester City are top of Group F with twelve points having won all their games so far and have already qualified for the knockouts. A win tomorrow could help Pep Guardiola’s side seal the top spot in their Champions League group.

Manchester City are one of the contenders for going the distance in this season’s Champions League, other than already taking a humongous lead in the Premier League title race. Their opponents tomorrow, Feyenoord, are bottom of the table with zero points so far.

John Stone and Benjamin Mendy miss out due to injuries for the hosts while the visitors will be without the suspended Karim El Ahmady and the injured Eric Botteghin, Jan-Arie van der Heijden and Sven van Beek.

“I’ve learned so much every day. It’s a different way to play. Strong passing, movement – our game is to be quick on the ball. To play quicker and to know where your pass is.”

According to Manchester City vs Feyenoord H2H Stats, the only previous encounter between these two clubs resulted in a 4-0 win for Manchester City, earlier this season.

Pep Guardiola’s side are the favorites and are likely to win 3-0 tomorrow.