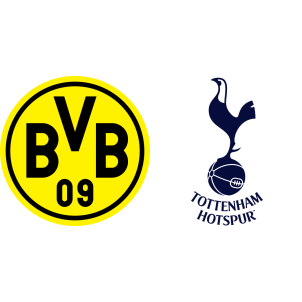 Tottenham have already qualified for the knockouts courtesy their superlative performance in the first four group matches. While Tottenham are top of the Group H standings with ten points, Real Madrid are a close second and the defending champions are the most likely to be the second team to make it to the knock-out stages.

Borussia Dortmund are third with two points and seem to be favorites for dropping down to the UEFA Europa League.

Erik Durm, Sebstian Rode, Marco Reus and Lukasz Pisczcek are sidelined through injuries for the German club while the visitors will be without the injured Victor Wanyama, Toby Alderweireld and Erik Lamela.

“We have to keep going and get ready for Borussia Dortmund. Okay, we’re already in the next stage of the competition but we want to win and try to change the feeling we have from the weekend.

It’s always important to compete and to be focused on the next game and when you lose, it’s important to play as soon as possible to change that feeling.”

Borussia Dortmund have seen over 2.5 goals in their last four matches against Tottenham Hotspur in all competitions. While the English club has been a revelation in the UEFA Champions League this season, including a 3-1 win over Real Madrid in their last game, Mauricio Pochettino’s side are coming off a comprehensive defeat at the hands of Arsenal in the weekend.

It should be a closely contested affair but Tottenham Hotspur are likely to win 2-1 tonight.