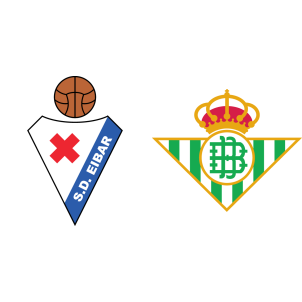 Eibar are firmly entrenched in a battle for survival as they are placed seventeenth with eight points. They haven’t won any of their last six league matches, losing four of those games, including a 3-1 loss to Real Sociedad prior to the international fixture.

Real Betis are eighth with seventeen points and have won two, lost two and drawn two of their last six league matches. They played a 2-2 draw against Getafe in their last game.

Yoel Rodriguez, Fran Rico, Pedro Leon, Ivan Ramis and Cristian Rivera are sidelined through injuries while Gonzalo Escalante is listed as a doubt.

The visitors will be without the injured Zouhair Feydal and Joel Campbell.

According to Eibar vs Real Betis H2H Stats, the last five games between these two clubs have resulted in two wins for either club and one draw.

It is an extremely crucial game for both clubs as they have been in poor form for some time, and a positive result in this game could help them kick-off a run of good games.

It should be a closely contested affair but a 1-0 win for Real Betis is the most likely result.