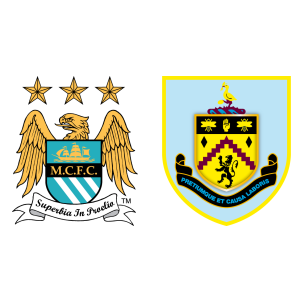 Manchester City vs Burnley – Manchester City hosts Burnley at the Etihad on 2nd January, Monday in a crucial English Premier League fixture as they aim to bounce back from their 1-0 defeat against Liverpool yesterday.

Manchester City are third in league standings with thirty nine points while Burnley are eleventh with twenty three points. While Manchester City suffered their third loss in six matches yesterday, Burnley won their second consecutive game on the trot in a 4-1 victory over Sunderland.

Although Pep Guardiola’s side are far superior in terms of quality, both clubs are in a similar vein of form having won three and lost three of their previous six league matches.

Leroy Sane, Ilkay Gundogan, Vincent Kompany and Fabian Delph are sidelined through injuries for Manchester City. The visitors do not have any injury concerns as of now, but Dean Marney is not available through suspension.

According to Manchester City vs Burnley H2H Stats, the last five league matches between these two clubs have resulted in two wins for Manchester City, one win for Burnley and two draws.

Burnley have a terrible record away from home, losing seven and drawing one of their last eight matches. Manchester City, on the other hand, are undefeated in eleven of their last twelve home matches in the Premier League.

Manchester City have scored at least 2 goals in six of their last seven matches against Burnley in all competitions. Pep Guardiola’s side have struggled occasionally in the last few weeks but are expected to win tomorrow, with a 2-0 victory for Manchester City being the most probable result.