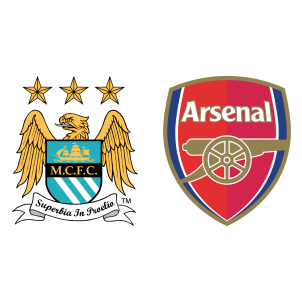 Arsenal lost 2-1 to Everton in the midweek, thereby fluffing a chance to close the gap on league leaders Chelsea and will need to avoid a defeat today to continue their good patch of form on the domestic front.

Manchester City’s 2-0 win against Watford in the midweek, on the other hand, relieved some pressure of Pep Guardiola’s side which had suffered humiliating defeats at the hands of Chelsea and Leicester City in the preceding two matches.

Vincent Kompany and Ilkay Gundogan are Manchester City’s primary injury concerns while Fabian Delph is yet to regain match fitness. Sergio Aguero and Fernandinho continue to serve their respective suspensions.

Chuba Akpom, Santi Cazorla, Mathieu Debuchy, Yaya Sanogo and Skhodran Mustafi are sidelined through injuries for Arsenal while Per Mertesacker and Danny Welbeck are unfit. Aaron Ramsey has been listed as a doubt.

According to Manchester City vs Arsenal H2H Stats, the last four English Premier League fixtures between these two clubs have resulted in two wins for Arsenal and two draws. In fact, Arsenal are undefeated in their last 7 matches against Man City in all competitions.

It should be a closely contested affair and a 2-2 draw is the most likely outcome.