Juventus vs AS Roma – Serie A – Preview 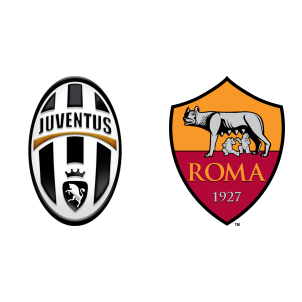 Juventus vs AS Roma – Juventus host AS Roma at the Juventus Stadium on 17th December, Saturday in a ‘top of the table’ Serie A fixture. Juventus and AS Roma are ahead of the other Serie A clubs by a significant margin.

Juventus lead the race for the Scudetto with thirty nine points, while Roma are second in league standings with thirty five points. Juventus have two more wins than Roma after sixteen matches, but both clubs are in a rich vein of form although they suffered surprise losses a couple of weeks ago.

Juventus lost 3-1 to Genoa while Atlanta defeated AS Roma by a 2-1 scoreline.

“A draw will not suffice for me, matches like this have to be won. Roma are strong and organised – they have quality. We are facing a tough Roma side who are solid and who concede very few goals. It will be an important game, but not a decisive one. We’re all looking forward to a great evening of sport featuring two great teams.”

According to Juventus vs AS Roma H2H Stats, the last five Serie A encounters between these two clubs have resulted in three wins for Juventus and one win for AS Roma, with one match ending in a draw.

Juventus have won their last twenty four home matches in the Serie A. However, AS Roma are undefeated in thirty of their last thirty three league games, so it should be a closely contested affair. Juventus are likely to win 2-1.