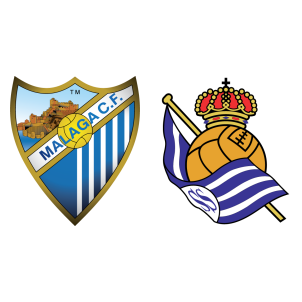 Malaga vs Real Sociedad – Malaga hosts Real Sociedad at La Rosaleda in a La Liga fixture which could possibly play an important role in deciding the fate of the clubs struggling in the relegation zone.

Real Sociedad are sixth in league standings with twenty nine points while Malaga are fourteenth with twenty one points. Both these clubs lost their previous league outings – Malaga to Celta Vigo in a 3-1 defeat and Real Sociedad to Sevilla in a 4-0 result.

Malaga have not won any of their last four matches in the Spanish top division, their last win coming at home against Deportivo La Coruna in a high-scoring affair. Real Sociedad, after an impressive start to the season, have somewhat lost the plot with only two wins in their previous five league matches.

Malaga have a lengthy list of absentees with Weligton, Charles Dias, Zdravko Kuzmanovic, Federico Ricca and Miguel Torres sidelined through injuries. Bakary Kone and Youssef En-Nyesri are on international duty while Keko is listed as a doubt.

According to Malaga vs Real Sociedad H2H Stats, the last five matches between these two clubs have resulted in two wins for Malaga, two draws and a solitary win for Real Sociedad.

Malaga have seen under 2.5 goals in five of their last six matches against Real Sociedad in all competitions. Malaga are unbeaten in their previous six La Liga matches at home. It should be a closely contested affair with a 1-1 draw being the most probable outcome.