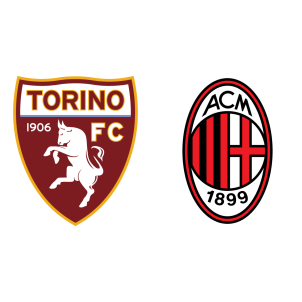 AC Milan are sixth in league standings with thirty six points while Torino are eighth in the Serie A with twenty nine points. AC Milan are on equal points as Internazionale who are fifth but ahead on goal difference. Trailing league leaders Juventus by nine points, AC Milan have won only three of the previous six Serie A games.

Torino have won only two of their last six matches and their last outing in the league resulted in a goalless draw against Sassuolo.

Cristian Molinaro is injured for the hosts while Afriyie Acquah is on international duty. AC Milan will be without the injured Riccardo Montolivo and Matias Fernandez.

“Torino play well with their own style of play. They are strong down the wings and in midfield. Sinisa’s teams always play with great character. I’m expecting a very determined team. We’ll have to control the game, keep possession and be ready for a battle.”

According to Torino vs AC Milan H2H Stats, the last five Serie A meetings between these two clubs have resulted in three wins for AC Milan and two draws. In fact, Torino have not won any of their previous nineteen meetings with AC Milan in all competitions.

There have been under 2.5 goals scored in AC Milan’s last 3 games in the Serie A. AC Milan will be the favorites tomorrow with a 1-0 win for the visitors being the most probable result.