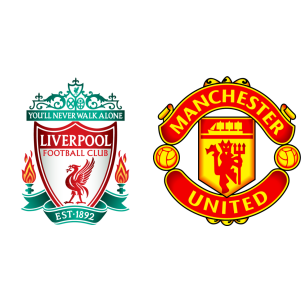 Liverpool are struggling spectacularly in the Premier League with just one win in their last four games. Jurgen Klopp’s side has not fared well in cup competitions either, crashing out of the League Cup and botching a relatively easy group in the UEFA Champions League.

Liverpool have twelve points and are placed seventh in the English Premier League standings. Their opponents tomorrow, Manchester United, are one of the favorites to clinch the Premier League title as they have nineteen points, trailing leaders Manchester City on goal difference only.

Sadio Mane, Adam Lallana, Adam Bogdan and Nathaniel Clyne are sidelined through injuries for Liverpool while the visitors will be without the injured Paul Pogba, Marcos Rojo, Zlatan Ibrahimovic and Marouane Fellaini.

According to Liverpool vs Manchester United H2H Stats, the last five games between these two clubs resulted in one win for either side and three draws in the three most recent fixtures.

Although Liverpool are undefeated in 28 of their last 30 home matches in the Premier League, Manchester United are at the top of their game and Jose Mourinho’s ruthless side could tear apart a heavily depleted Liverpool side.

Liverpool have seen under 2.5 goals in their last five matches against Manchester United in all competitions. It should be a closely contested affair and an intriguing tactical contest is likely to be in the offing, but Manchester United are likely to win 3-0 tomorrow.