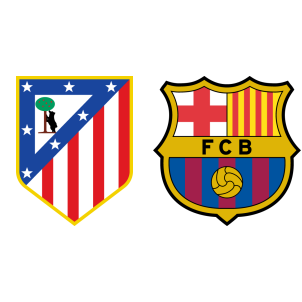 Atletico Madrid are fourth in the league standings with fifteen points, while Barcelona are the league leaders with twenty-one points.

Barcelona will look to carry forward the momentum they had achieved before the international break with the 3-0 win over Las Palmas. Atletico Madrid had played out a goalless draw against Leganes.

Sime Vrsjalko will face a late fitness test for the hosts while the visitors will be without the injured Ousmane Dembele and Rafinha.

“Barca have reinvented themselves after the departure of Neymar. They do not stop wanting to win. They have a winning gene, they do not get tired. We have not beaten Barcelona in the league, but we’ve always played well against them.”

“Atlético are uncomfortable opponents because they make their goals count; they are difficult to score against and are very solid defensively. We know that if they get ahead then they can make life tricky for us and our intention is to give them very few chances.”

According to Atletico Madrid vs Barcelona H2H Stats, Barcelona have won three and drawn two of their previous five league encounters with Atletico Madrid. However, Simeone’s side got the better of the Catalan club during their 2015/16 UEFA Champions League meeting.

It should be a closely contested affair but Barcelona are likely to win 2-1.