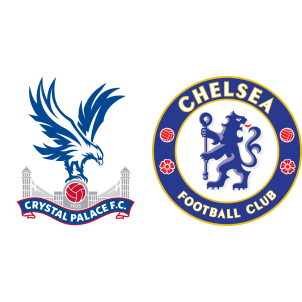 While the defending champions Chelsea will go into a series of back-to-back games within a short span of time with injuries to some of their key players, Crystal Palace are still looking for their first league win of the season.

Chelsea are coming off a 1-0 home loss to Manchester City and are placed fourth in the league standings with thirteen points. Crystal Palace, who were beaten 4-0 by Manchester United prior to the international break, are at the bottom of the league table and favorites to get relegated next summer.

Connor Wickham and Christian Benteke are sidelined through injuries while Wilfried Zaha and James Tomkins are yet to regain match fitness. Ruben Loftus-Cheek is ineligible against his parent club.

Alvaro Morata and N’Golo Kante are both struggling with hamstring injuries and are unlikely to be risked, especially with Chelsea having a difficult UEFA Champions League encounter against AS Roma next week.

According to Crystal Palace vs Chelsea H2H Stats, Crystal Palace have won two and lost three of their previous five matches against Chelsea, including the last two Premier League encounters at Stamford Bridge.

Crystal Palace are yet to score this season and Chelsea’s away form has been perfect so far in this season. Crystal Palace will look to get their season on track and will give a depleted Chelsea side a tough challenge, but Antonio Conte’s men are likely to prevail 2-1.