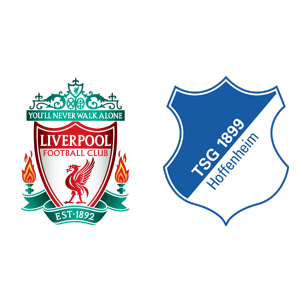 Liverpool vs Hoffenheim – Liverpool host Hoffenheim at the Anfield in the second leg of their UEFA Champions League qualifying play-off.

The European sports media is still speculating about Philippe Coutinho’s potential move to Barcelona while Liverpool have rejected a third bid from the Catalan club.

Adam Lallana, Nathaniel Clyne and Danny Ings are sidelined through injuries while Philippe Coutinho is ill. Hoffenheim’s only injury concern is Kevin Akpoguma.

“We’re not in awe of this place. Anticipation is the right word. Anfield has seen many great games. We go into the game full of confidence and we firmly believe that we can do it.”

According to Liverpool vs Hoffenheim H2H Stats, the only previous encounter between these two clubs came last week, which the English club won.

Liverpool have never lost at home to German opposition, winning eleven of their previous fourteen matches. In fact, Liverpool are unbeaten in their last nine European home games, their last loss coming to Real Madrid back in 2014.

It will be a closely contested affair, but Liverpool are expected to win 1-0.