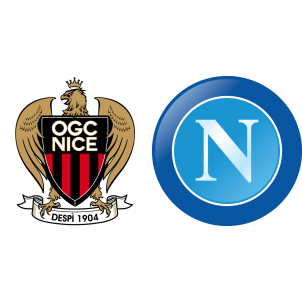 Nice vs Napoli – Nice hosts Napoli at the Allianz Riviera on 22nd August, Tuesday in the second leg of their UEFA Champions League qualifier.

Napoli secured a 2-0 win over Nice in the first leg, during which Vincent Koziello and Alassane Pléa were sent off. Nice have made a poor start to their Ligue 1 campaign, winning only one of their three games so far.

Napoli began their Serie A campaign with a 3-1 win over Verona this past weekend and are the favorites to win the UEFA Champions League play-offs tonight.

Nice will be without the injured Wylan Ciprien and the suspended Vincent Koziello and Alassane Pléa. Napoli do not have any injury or suspension concerns.

“We all need to at our best and to work together. These are special matches, it’s down to us to give our all so that we don’t concede and try to score.”

“It will be a different game than the first leg, we’ll have to give our best to reach our goal. Compared to the first leg, we will find an opponent in a more offensive attitude and our defensive line will be crucial. We will have to reduce the mistakes behind and then try to impose our play in attack.”

According to Nice vs Napoli H2H Stats, Napoli have won two and lost only one of their previous three meetings with Nice. Napoli have scored at least two goals in their last three matches against Nice in all competitions.

A 2-1 win for Napoli is the most likely result.