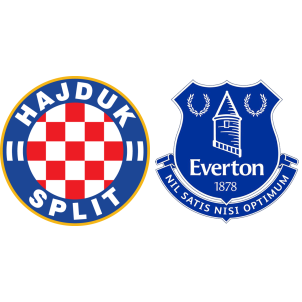 Hajduk Split vs Everton – Everton travel to Poljud, Split to face Hajduk Split in the second leg of the UEFA Europa League qualifiers.

The first leg ended in a 2-0 victory for Everton, and although the Croatian club can overcome the deficit tonight, the English club are considered favorites and rightly so.

Both the clubs were held accountable after there was trouble in the stands during the first leg and the clubs have been warned by UEFA ahead of the crucial second leg.

“I am sure there will be some atmosphere – it will be a little bit nervy, a little bit edgy and maybe backs-to-the-wall at times. The tie is far from over but it is nice to have a lead and a clean sheet, which will give us the confidence to keep it tight at the back.”

According to Hajduk Split vs Everton H2H Stats, the only previous meeting between these two clubs came in the first leg last week which Everton won.

Everton have won six of their last seven matches in the UEFA Europa League, keeping a clean sheet in their last three games in this competition. Moreover, there have been under 2.5 goals scored in Everton as well as Hajduk Split’s last three Europa League games.

A 1-1 draw is the most likely result tonight, with Everton progressing to the UEFA Europa League group stage.