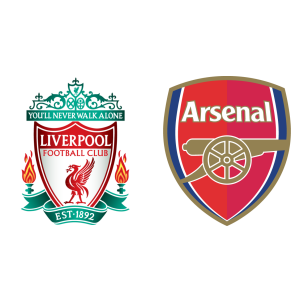 Liverpool vs Arsenal – Liverpool play Arsenal at the Anfield on 27th August, Sunday in the most anticipated English Premier League fixture of the weekend.

Both clubs have made average starts to their season, with Liverpool drawing 3-3 at Watford in their season opener and followed that up with a 1-0 win against Crystal Palace. Arsenal, meanwhile, came back from behind to defeat Leicester City 4-3 in their first game but fell to a 1-0 defeat to Stoke City last weekend.

Liverpool are also looking to hold onto its star player – Philippe Coutinho while Arsene Wenger is taking a chance on Alexis Sanchez, Mesut Ozil and Alex Oxlade Chamberlain – all of whom will be out of contracts next summer.

Adam Lallana and Adam Bogdan are sidelined through injuries while Danny Ings is yet to regain match fitness. Philippe Coutinho is expected to feature in the matchday squad.

Arsenal will be without the injured Santi Cazorla and Joel Campbell.

“We are disappointed by our result on Saturday but we are not down. It is the first game we lost since the beginning of April and we feel we should have largely won this game. Alexis, when he is in the squad, he can score a goal for you at that is always good for morale.”

According to Liverpool vs Arsenal H2H Stats, the last five games between these two clubs resulted in two wins for Liverpool, two draws and one win for Arsenal. Liverpool have scored at least 3 goals in their last 3 matches against Arsenal in all competitions.

A 3-2 win for Liverpool is the most probable outcome.