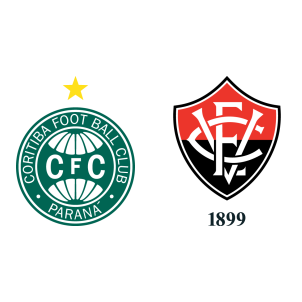 Coritiba vs Vitoria – Coritiba hosts Vitoria at Couto Pereira on 28th August, Monday in a crucial Brasileirao Serie A matvh.

Coritiba are fifteenth in the league standings while Vitoria are nineteenth after twenty-one games, both clubs deeply embroiled in a battle for survival from relegation, with the latter being one of the favorites to go down into second division, come end of the season.

Matheus Galdezani is suspended while Anderson and Werley are injured for the home side. The visitors will be without the injured Jose Welison, Kieza and Willian Farris.

“Working over time has made us better not only in terms of organization, team balance but also in the defensive part. The team has improved a lot in this aspect and has strengthened the offensive part.

The Vitoria today has become a team that plays at high speed because it marks well and there is the possibility of using the spaces that the opponent leaves us.”

According to Coritiba vs Vitoria H2H Stats, Coritiba have won two and lost three of their previous five matches against Vitoria.

Both clubs are in an upward curve of form and it should be a closely contested affair, but Vitoria are likely to win 1-0 tonight.