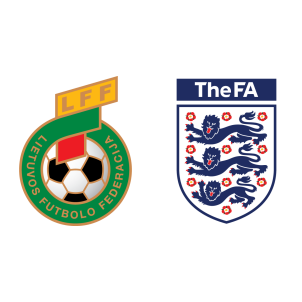 Lithuania vs England – Lithuania hosts England at Vilniaus LFF stadium on 8th October, Sunday in their final Group F fixture of the 2018 FIFA World Cup qualifiers for the UEFA nations.

England qualified for the World Cup with their 1-0 win over Slovenia in the last game, although their performance was far from satisfactory for fans and pundits alike. Harry Kane’s goal carried England through to the World Cup, but Gareth Southgate will hope others will step up in the final game of the qualifying round.

Lithuania, who managed a 1-1 draw at Malta in their previous game after five consecutive defeats, are placed fifth with six points.

Dele Alli returns from suspension. Neither countries have any injury concerns.

“I feel great — physically great. Every game I expect to score and want to score. I just want to keep it going. September was fantastic for me personally. Hopefully October can be even better. That’s the great thing about it, to keep improving. We’ve got a busy month ahead of us again — let’s see what happens.”

According to Lithuania vs England H2H Stats, England have won all of the three previous meetings between these two nations, with the Three Lions scoring at least two goals in each of those games.

England have kept a clean sheet in 8 of their last 10 matches in the FIFA World Cup, including the qualifiers, and would love to finish on a high.

England are the favorites and are likely to win 2-0.